At 10:30AM on May 31st, the much-anticipated U.S. Customs and Border Protection (CBP) facility officially opened at the Boca Raton Airport.The occasion was celebrated the previous evening with a ribbon cutting ceremony and reception, which was attended by many of Boca Raton’s government, civic, and business leaders.

Festivities began with Boca Raton Mayor Scott Singer cutting the ribbon at the CBP facility, which was followed by the reception inside the neighboring Privaira Private Aviation hangar. Attendees enjoyed light international fare and live steel drum music, before transitioning to the speaking portion of the evening.

Airport Executive Director, Clara Bennett began by thanking the numerous individuals, departments and organizations that helped bring the CBP facility to fruition. She then highlighted the significance of opening a CBP facility in Boca Raton.

“Throughout its history, the Airport has served as a catalyst for economic growth, playing a pivotal role in the development of Boca Raton as a major hub for corporate headquarters and international commerce,” Bennett said. “Beyond the economic impact, the new facility will ultimately be about connecting the Boca Raton Airport to the rest of the world.”

Boca Raton Airport Authority (BRAA) Chair Mitch Fogel spoke next. “I know you’re as excited as we are for what this project represents for the future of this city of Boca Raton, the Boca Raton Airport and this community,” Fogel said. “This project is the result of the cooperative efforts of the Airport Authority, Airport tenants and users, city leaders and our community partners working together towards a common goal.”

Fogel was followed by Mayor Scott Singer, who showcased the role that the Airport has historically played in the growth of the city, as well as the impact that the CBP facility will likely make on further economic growth.

“Boca’s history really begins, in a big way, at this Airport when it was the Army Airfield in the 1940s… it helped us emerge into the flourishing city we are, a city of nearly 100,000, with a business weight much above that,” said Mayor Singer. “We’ve been following this closely and waiting anxiously for the Airport Customs facility to be open. Now that it is, we can be an international attractor of business.” Mayor Singer also stated that “it’s really an opportunity for us to attract corporate headquarters, and to retain and expand on our high paying jobs.”

Sabatino thanked Bennett for her efforts, which she says were instrumental in making the project move quickly. “It may seem like it was a long time to get this project to opening. But from a federal government perspective, we moved about as close to lighting speed as I’ve seen, and (that’s) certainly due to the efforts of everyone involved,” Sabatino said. “These improvements here in Boca Raton demonstrate the benefits that can be achieved when working with key stakeholders, and there’s tremendous value in industry and government working together to find smart, cost-effective solutions while providing the best services possible.”

Privaira President and CEO Clemens Vanderwerf was the final speaker. He thanked everyone involved for their great work, and congratulated them for opening a CBP facility in Boca Raton.

Representatives from Discover The Palm Beaches and the Bahamian Tourism Board were also on site providing information about travel to Palm Beach County and The Bahamas.

The Airport would like to give a special thank you to everyone who was involved in the development of the CBP facility and the production of the grand opening, including Privaira Private Aviation for holding the reception in their hangar, as well as Signature Flight Support and Atlantic Aviation for providing shuttle services for guest during the event.

With the CBP facility now officially open, readers are encouraged to follow the Airport on their social media profiles and through the website at BocaAirport.com for news releases on the first plane, first jet, first Vet and first pet to utilize the CBP facility. 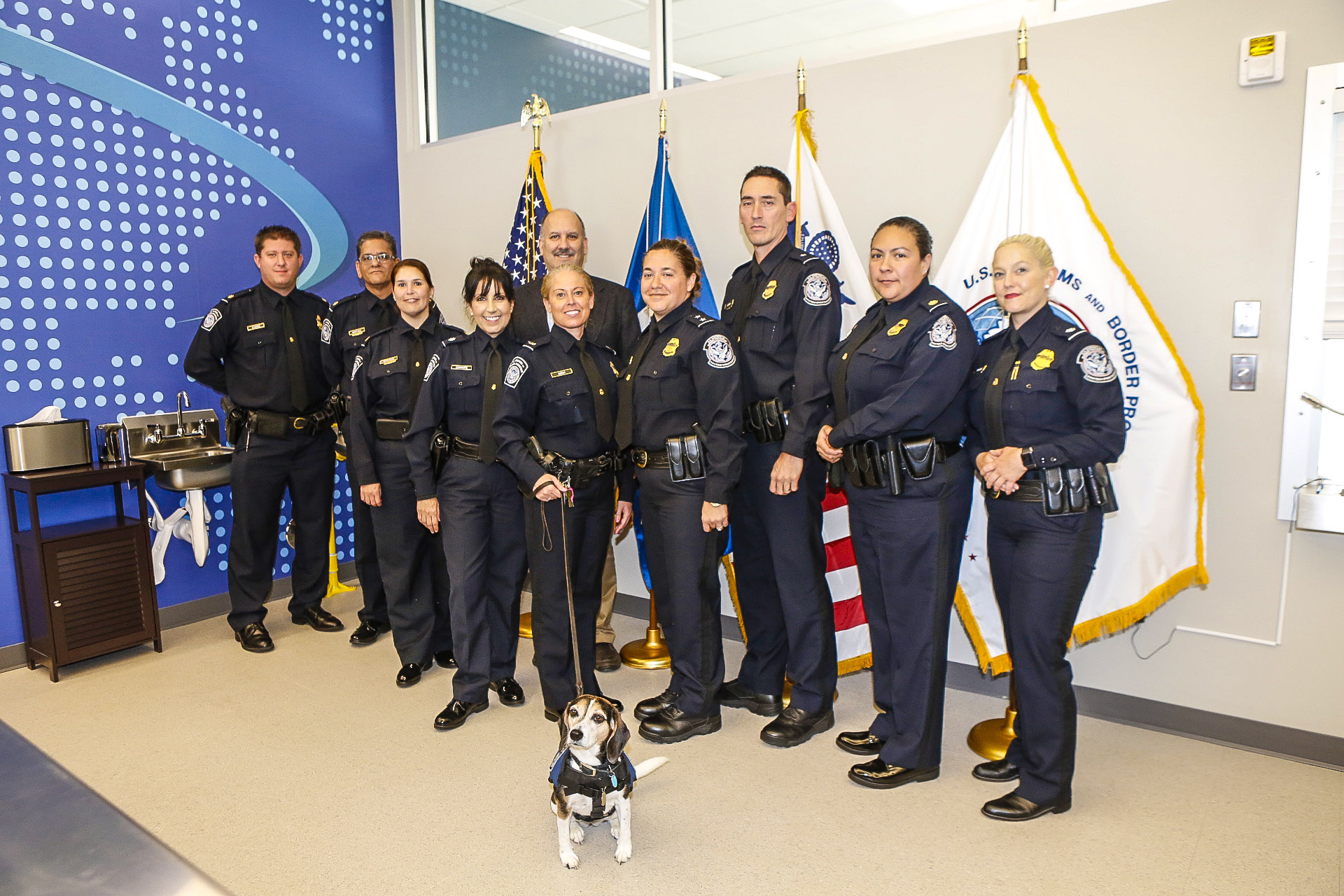 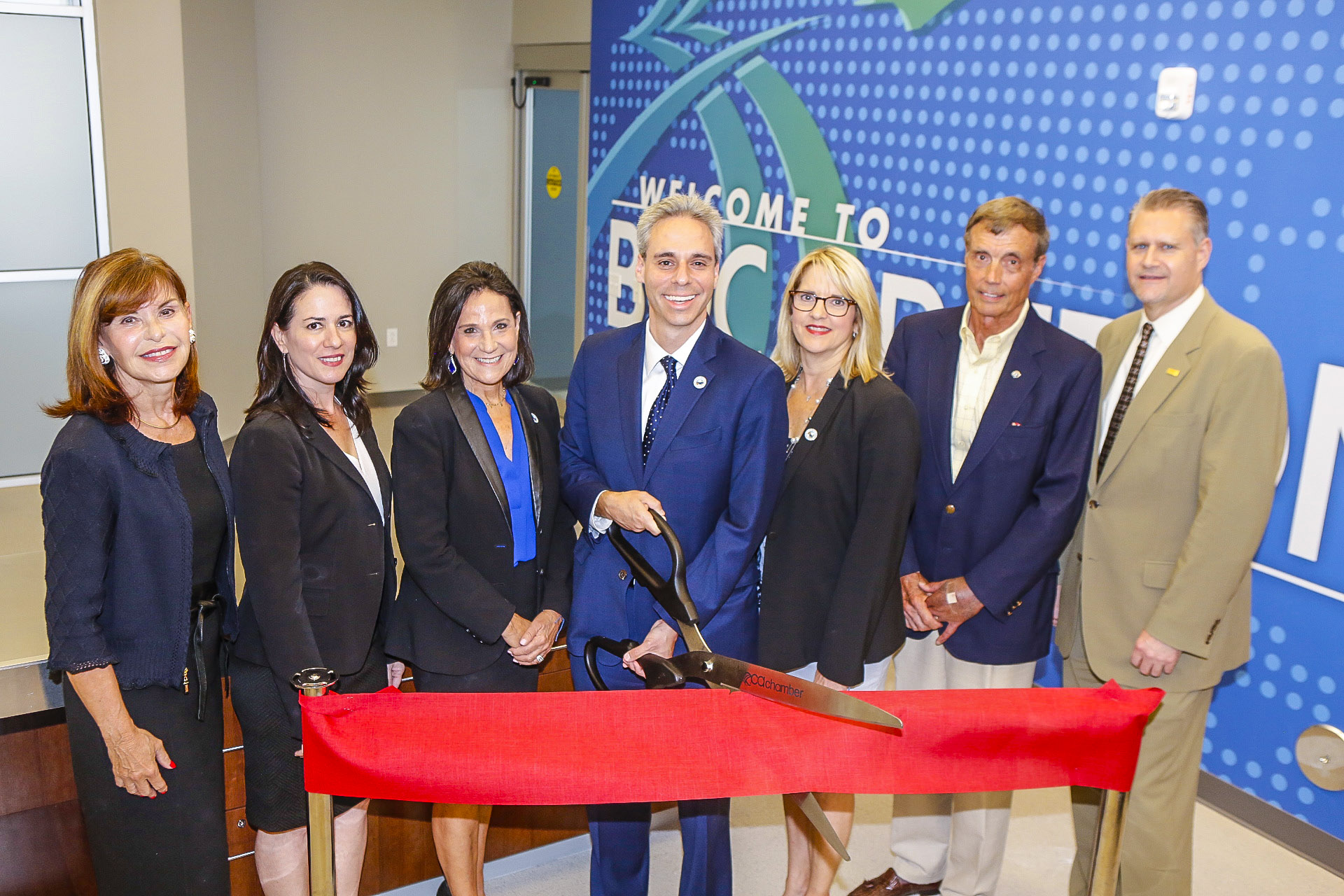 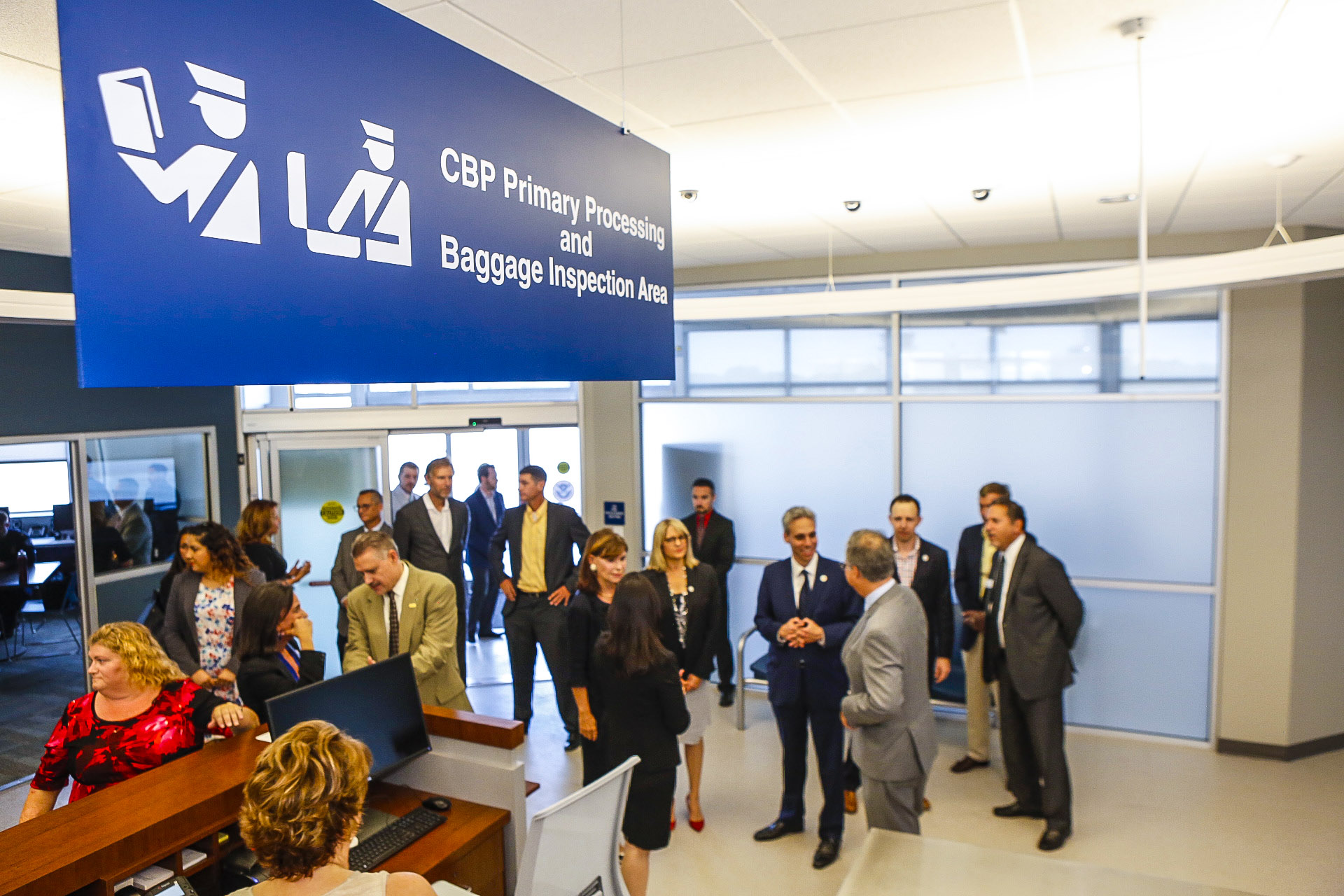 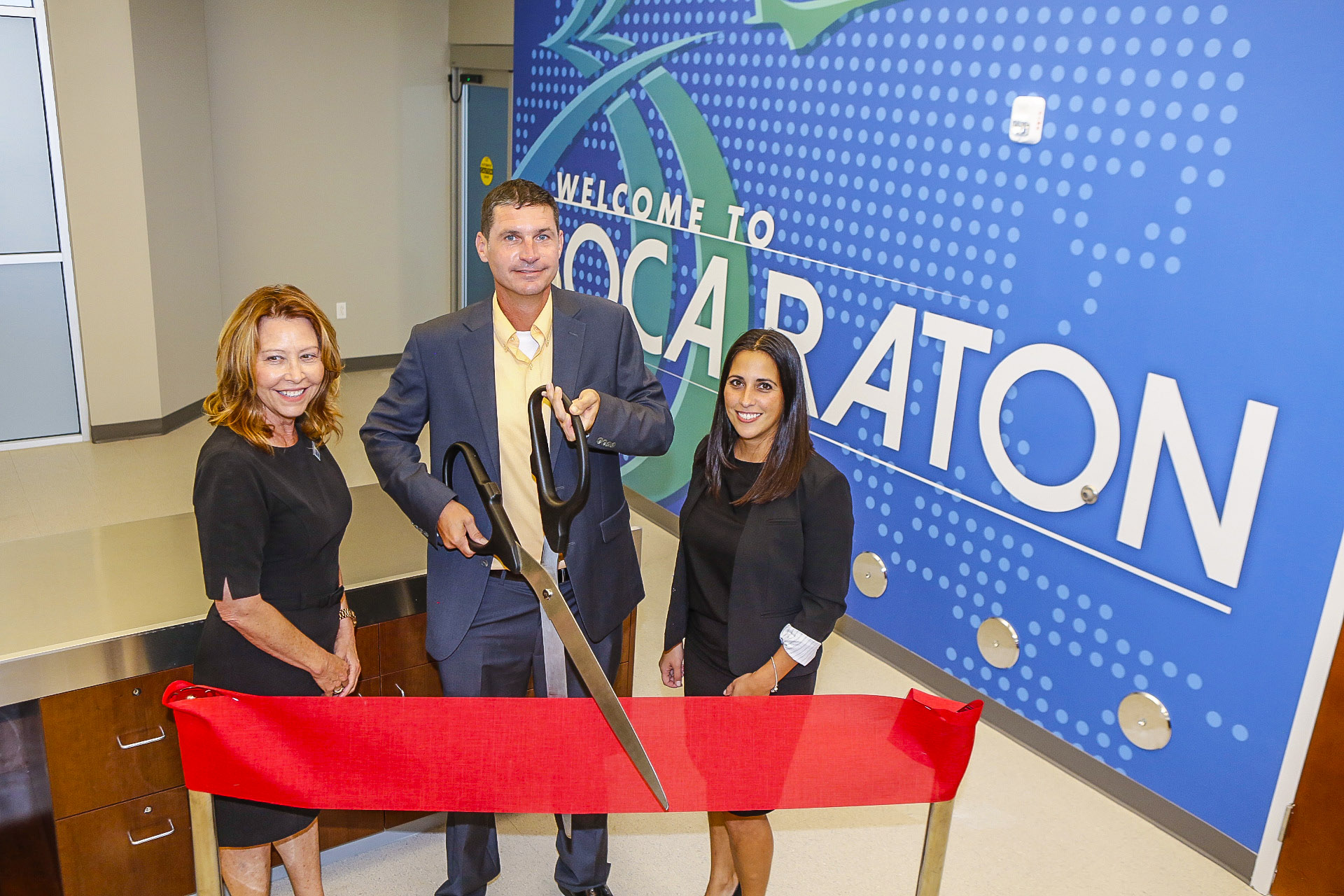 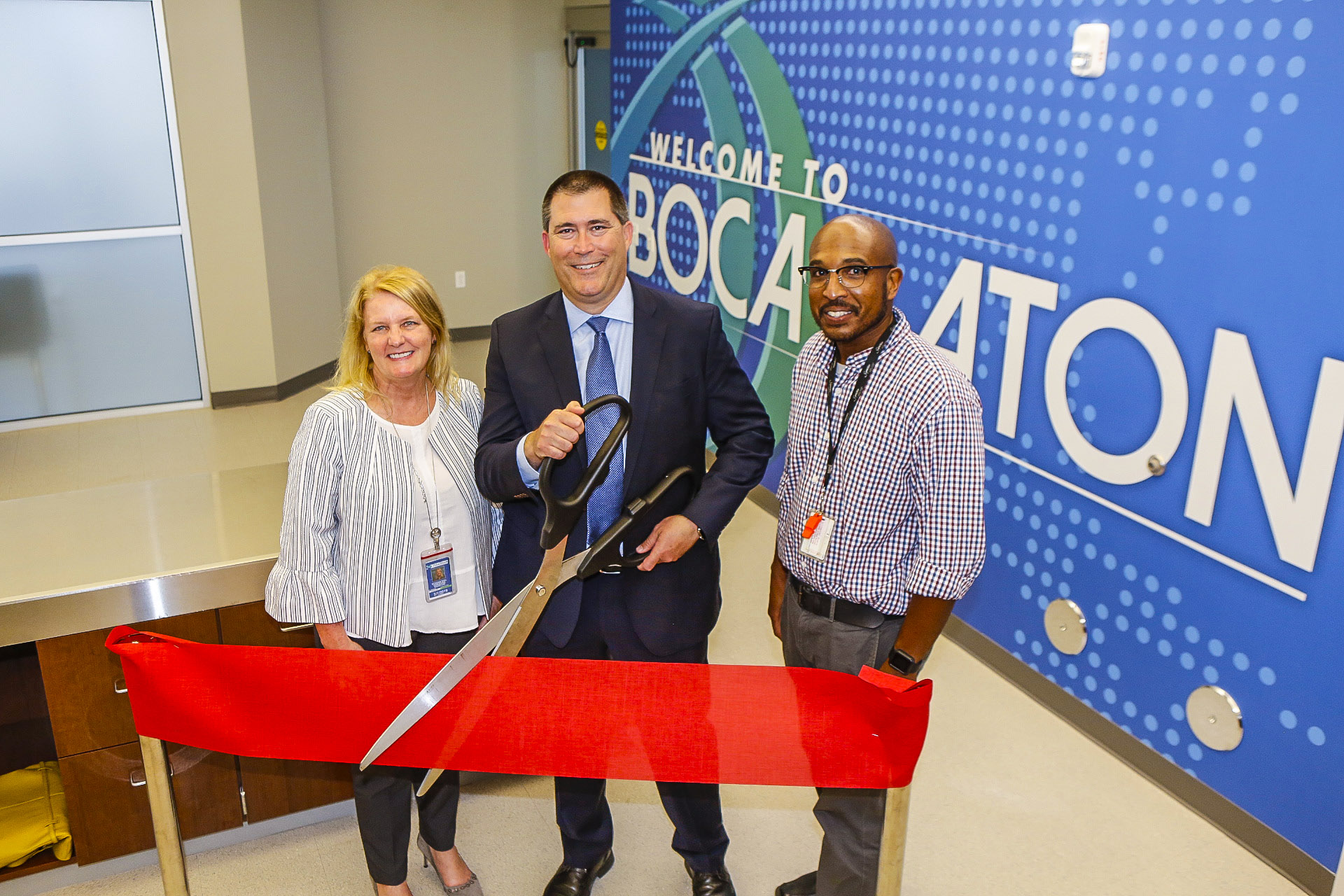 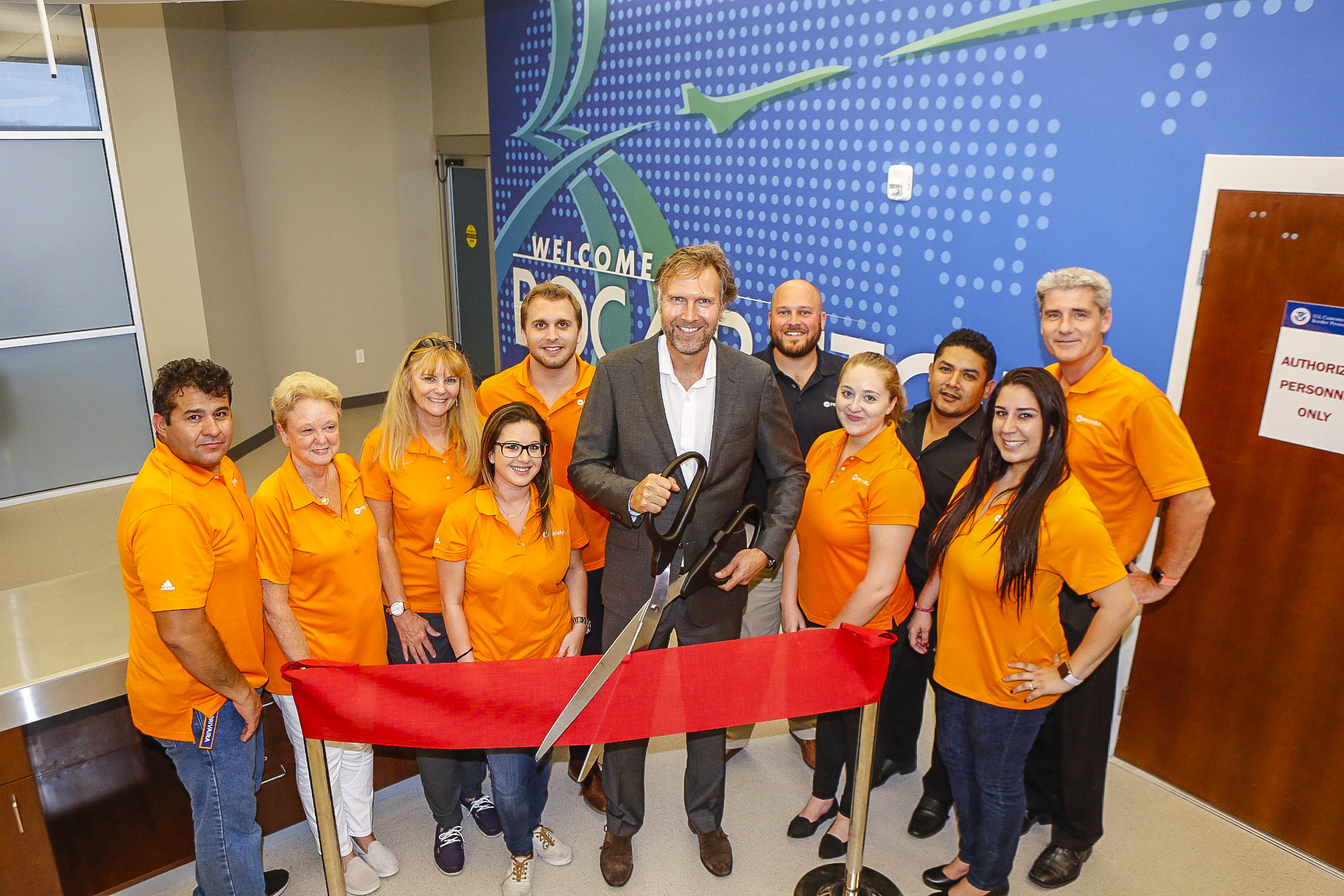 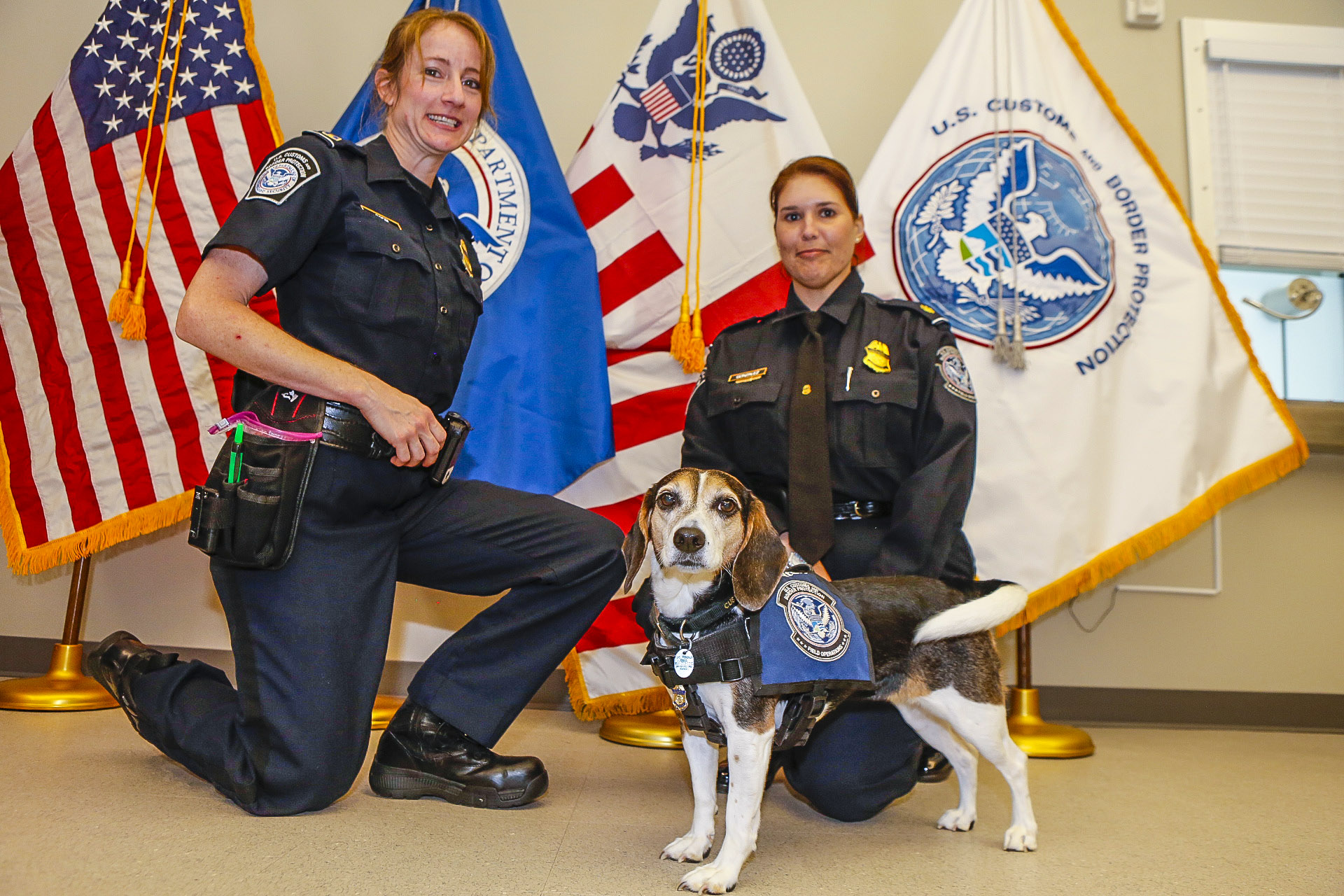 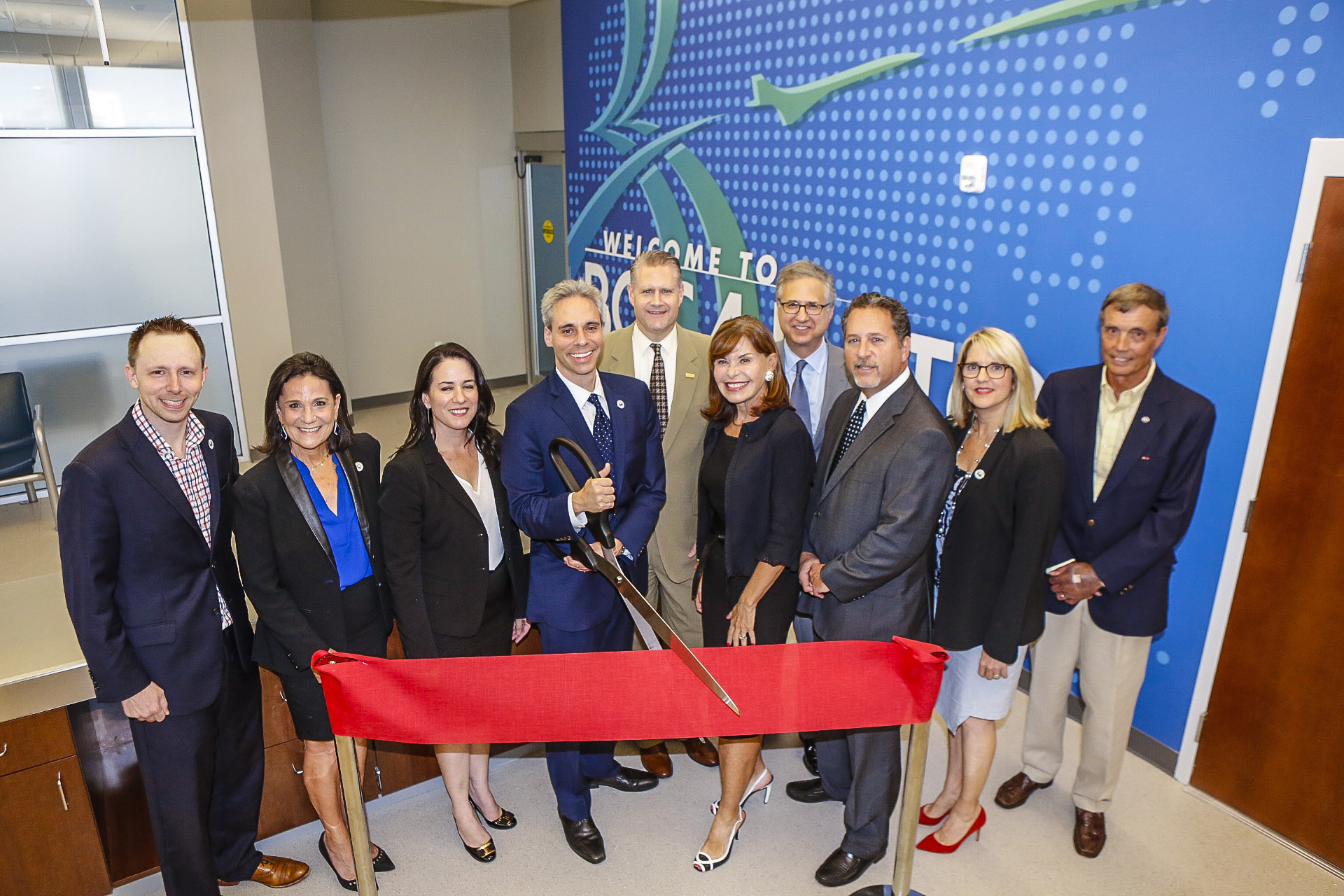 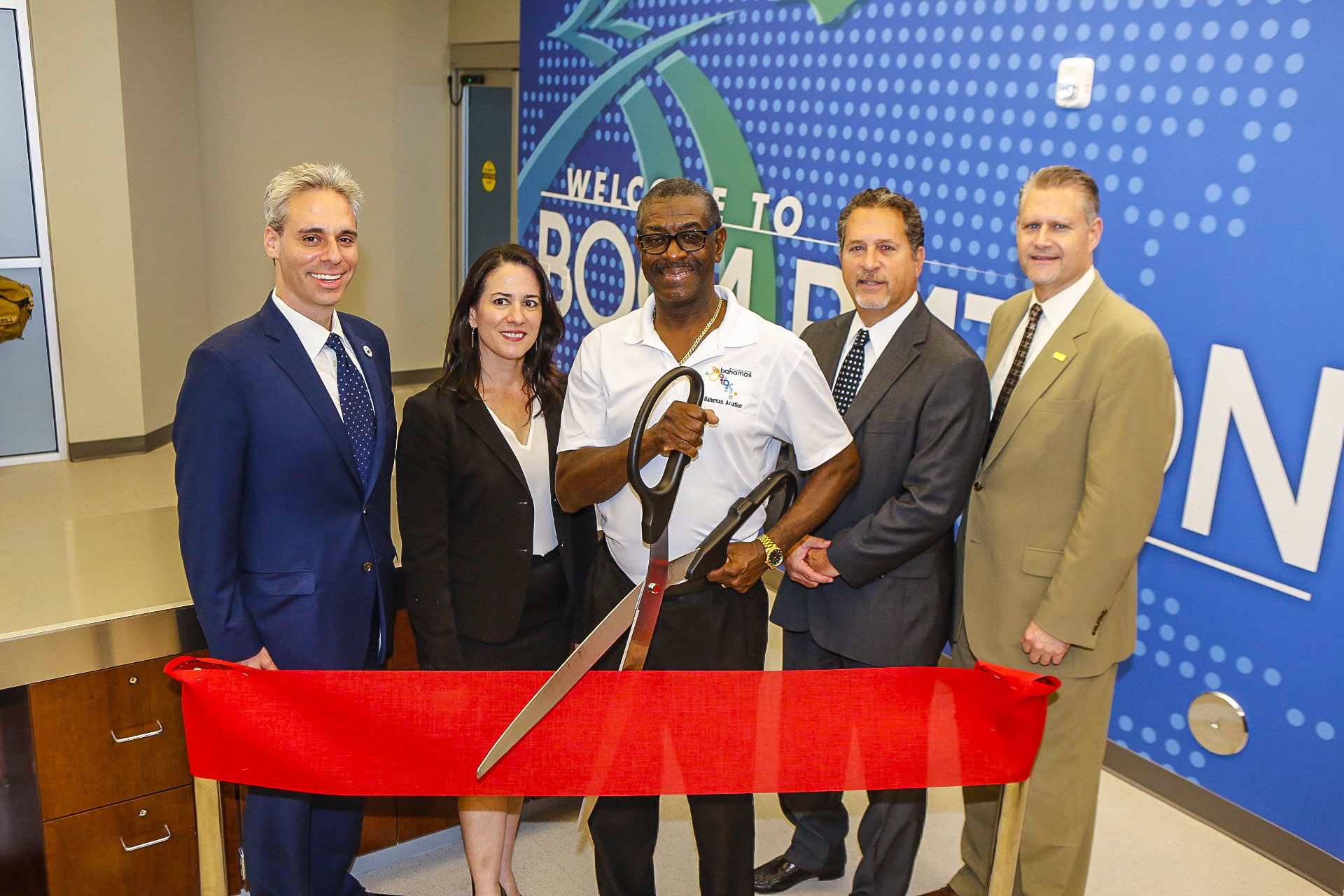 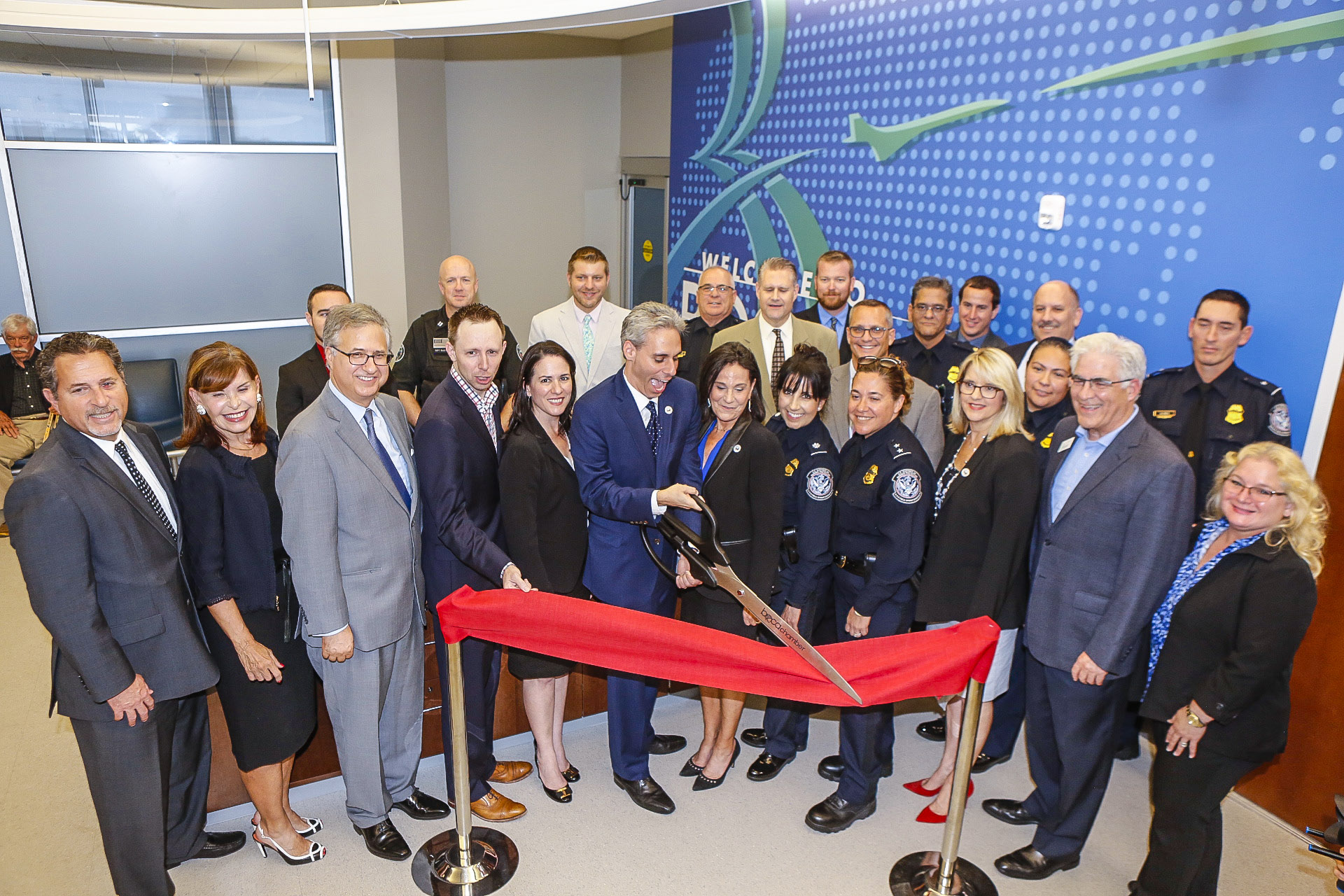