There have been few wars in American history that have defined this nation more than World War II. Yet as each year passes, fewer WWII veterans remain, and their contributions regretfully inch closer to being forgotten.

But for the local children who attended “Student Day” and experienced the Wings of Freedom Tour firsthand, the importance of WWII and those who served will always be remembered.

At the January 23rd “Student Day” event, hundreds of students got to explore rare WWII-era bomber and fighter aircraft, while meeting with veterans and learning more about the war.

“Hundreds of thousands of Allied Servicemen and women were instrumental to the war effort resulting in victory over Germany and Japan,” read Council Member O’Rourke. “It is vitally important that we commemorate and honor the sacrifices made by the veterans of World War II so that their valiant efforts to keep America free will never be forgotten.” 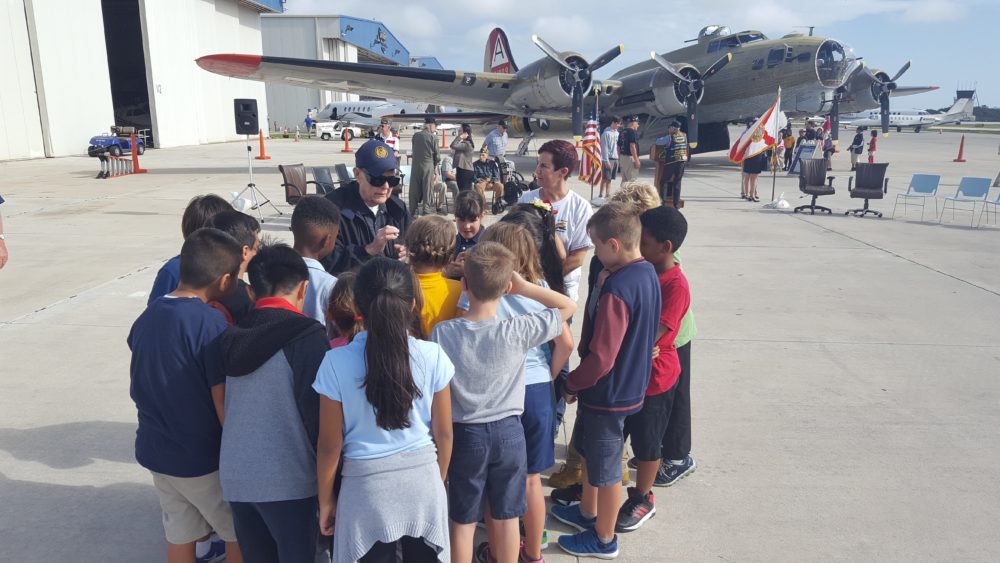 There was also a moving Presentation of Colors by students representing the Civil Air Patrol of Boca Raton.

More About the Collings Foundation’s Wings of Freedom Tour

From January 22nd to the 25th, the Collings Foundation’s Wings of Freedom Tour gave visitors an opportunity to explore rare WWII-era bomber and fighter aircraft, while meeting with some of the veterans that used to fly them.

The Collings Foundation is a 501c3 non-profit educational foundation devoted to organizing “living history” events that allows people to learn more about their heritage and history through direct participation. The Nationwide Wings Of Freedom Tour is celebrating its 29th year and visits an average of 110 cities in over 35 states annually. Since its start, tens of millions of people have seen the B-17, B-24 & P-51 display at locations everywhere.