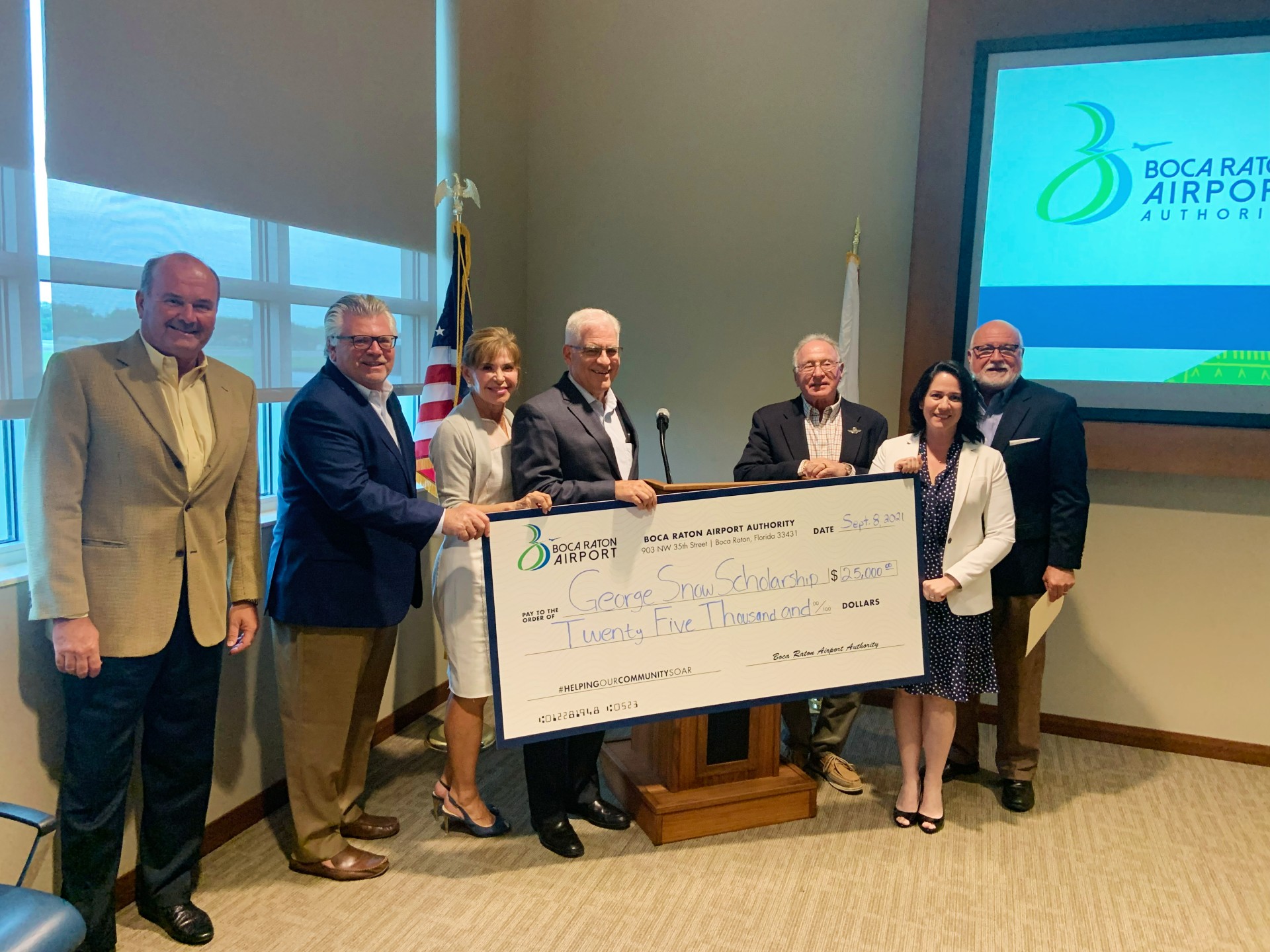 The Boca Raton Airport Scholarship was established in 2017 and is awarded to Palm Beach County students pursuing careers in aviation and aerospace. “For the fifth year in a row, the Board unanimously approved the annual contribution of $25,000 to the endowment,” said the Boca Raton Airport Authority Executive Director Clara Bennett. “We are honored to make a positive impact on deserving local students in our community.”

The scholarships will be awarded next year during the George Snow Scholarship Fund Annual Awards Reception in June 2022. The Boca Raton Airport Authority has contributed to the scholarship fund each year since its inception. To date, twelve students have received the Boca Raton Scholarship and are attending several universities including the University of Florida, Embry-Riddle Aeronautical University, Georgia Institute of Technology, and Florida Institute of Technology. The average GPA of these high-achieving students is 3.53.

The George Snow Scholarship Fund, a Boca Raton-based 501(c) 3 Public Charity, provides educational grants to some of the areas brightest and most deserving young scholars. These scholarships are four-year commitments and are designed to bridge the gap between other financial aid and what the scholar and their families can afford.