The Boca Raton Airport Authority is proud to be the presenting sponsor for the City of Boca Raton’s annual Fabulous Fourth Celebration on Wednesday, July 4. The festivities take place at de Hoernle Park/Spanish River Sports Complex, 1000 NW Spanish River Boulevard, starting at 6:30 p.m. A spectacular fireworks show will start at 9 p.m. The event is FREE and open to the public.

“This event is very important to us at the Airport,” said Boca Raton Airport Authority (BRAA) Executive Director Clara Bennett. “The recognition and celebration of Independence Day is vital not just for this country, but for the aviation community, especially given the Airport’s history with the United States Armed Forces.”

Operating as the Boca Raton Army Airfield during World War II, the Airfield served as a base for air-sea patrol, a weigh station for planes being ferried to Europe, and most notably, as the training based where all Army Air Force flight crews learned how to use airborne radar — a then brand new technology.

As such, it is befitting that the BRAA supports the celebration of freedom in this country through events such as the Fabulous Fourth. Through extensive community outreach and sponsorship support, the BRAA strives to fulfill its mission to be an invaluable community partner to Boca Raton and its surrounding areas.

At 6:30 p.m., the All-Star Band will take the stage, playing classic rock n’ roll tunes, and new this year, a satellite stage will host a DJ spinning today’s hits with exciting dance-offs and games for the kids!

Free parking will be plentiful with several nearby public parking lots including Boca Corporate Center and the City of Boca Raton Public Library. A complimentary shuttle service will begin at 5:30 p.m. and run continuously until 10:15 p.m. Attendees should arrive early to avoid long shuttle lines.

The Fabulous Fourth Celebration is presented by the City of Boca Raton and sponsored by the Boca Raton Airport Authority and WPBF-TV. 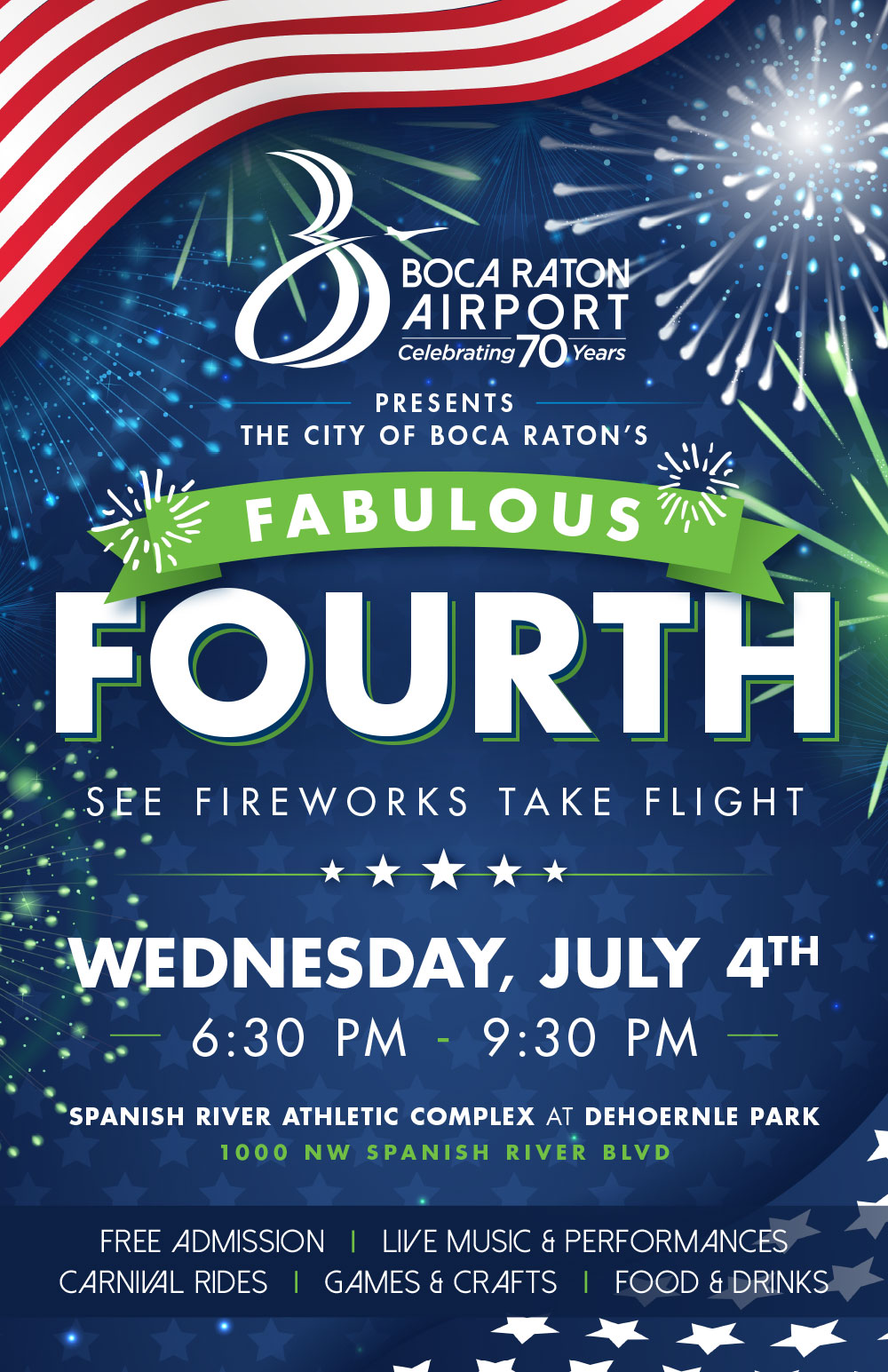