Independence Day Was a Success at the Fabulous Fourth Celebration

This 4th of July was a joyous night for all who were at the City of Boca Raton’s Fabulous Fourth Celebration. Sponsored by the Boca Raton Airport Authority (BRAA) and WPBF-TV, the event was free and open to the public.

The crowds swelled to almost 10,000 attendees at de Hoernle Park/Spanish River Sports Complex, where they enjoyed fireworks, food trucks and so much more. Over 4,000 Boca Raton Airport branded water bottles were handed out as guests participated in carnival rides, super slides and face painting. The aviation themed photo ops added to the family fun as did the balloon animals and juggling. The Fabulous Fourth Celebration was fun for the entire family.

The Boca Raton Airport Authority’s “Build & Fly Airplane Runway Game” and the Game Next Door mobile arcade were particularly big hits with the children. There was also a kids dance party and limbo contest, both of which got the children active and having fun.

The All-Star Band played classic rock on the main stage throughout the event, while Boca Raton Mayor Scott Singer and WPBF-TV meteorologist Sandra Shaw led the speaking portions of the evening.

“We want to say a big ‘thank you’ to tonight’s presenting sponsor, the Boca Raton Airport Authority,” said Mayor Singer. “They are celebrating their 70th year, and they have a lot to celebrate because they just recently opened up a customs facility. That is a huge win for Boca Raton.”

Mayor Singer then introduced Sandra Shaw, who highlighted all of the fun things to do at the event, and noted how much WPBF 25 enjoys supporting celebrations such as these.

“We love doing these special community events all across South Florida, especially down here in Boca Raton,” said Shaw. “We believe events like this are really important.”

Bennett thanked the City for letting the Airport be a part of the celebration, and encouraged everyone in attendance to stop by the Airport’s booth or to visit the BRAA administration building to learn more about the Airport.

“The airport is celebrating its 70th anniversary this year. The history of the Boca Raton Airport and the city is so interconnected,” said Bennett. “We pride ourselves on being a community partner with the city, and we are just so thrilled that the city allows us to participate in its various efforts, including this one tonight.”

The All-Star Band returned to the stage as children played with sparklers and attendees danced to the music. The evening concluded with a spectacular fireworks show, putting a cap on another successful Fabulous Fourth Celebration. 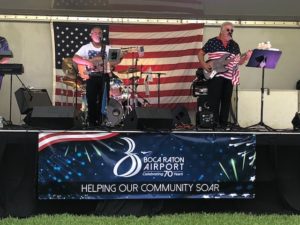 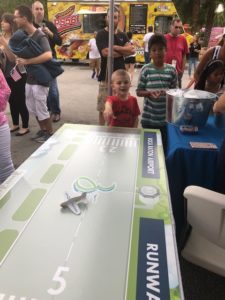 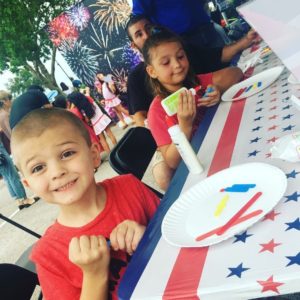 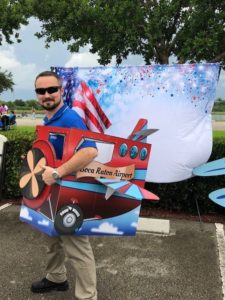 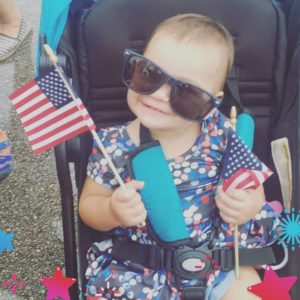 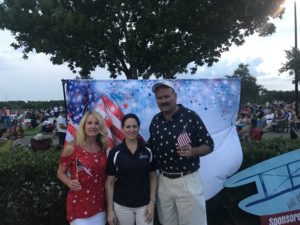 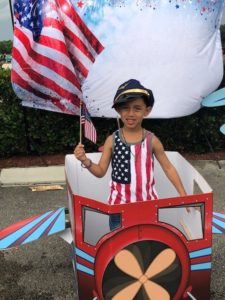 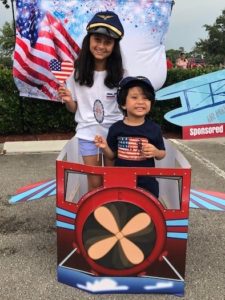 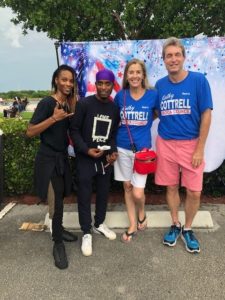 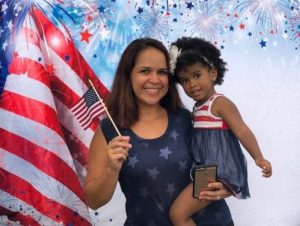 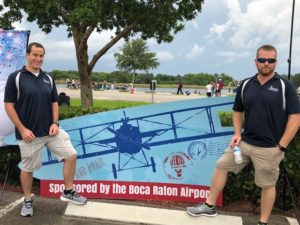