Toys for Tots a Resounding Success!

As the Toys for Tots 2017 toy drive comes to an end, many are praising this year’s efforts as a resounding success.

“We received hundreds upon hundred of toys at our administration building drop off site,” said Boca Raton Airport Authority (BRAA) Executive Director Clara Bennett. “There were not only many donations from Airport users, but we received contributions from residents throughout all of Boca Raton.”

Most notably, there was a donation of over 400 toys from local toy distributor, Just Play. What was thought to be a single donation of 100 toys was met with – “Did you bring a bigger truck?”  Just Play went on to donate 3 more loads totaling over 400 toys in total. The toys that were contributed will forever be remembered by the children who receive them.

“It’s encouraging to see so many people stepping forward and giving to a worthy cause this holiday season,” Bennett continued. “We are always striving to be a valuable community partner, and it’s through successes such as these that we know we are making a difference.”

The BRAA would like to thank the BCT Tenants, our Board Members, Atlantic Aviation, Privaira, Just Play and the entire Boca Community for participating.

Moving into 2018, the BRAA will continue to support charitable events, community outreach efforts and fundraisers in an attempt to uplift Boca Raton and the surrounding communities. 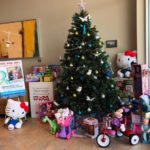 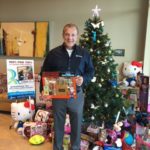 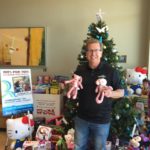 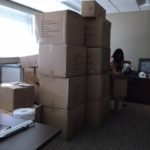 Over 400 toys from Just Play