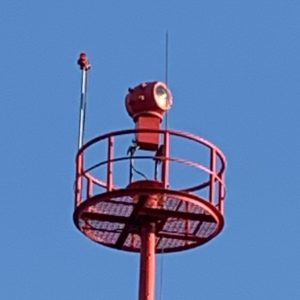 ing beacon is a visual navigation aid that projects a beam of light used by pilots to visually locate a lighted airport at night. For civil airports, like Boca Raton Airport, the beacon rotates to produce alternate clear and green flashes of light visible to pilots from the air.